With more than 100 deliveries occurring each week, Cartridge World has used RouteSavvy route optimization and fleet tracking to significantly improve their operations, and save time & money. Cartridge World sells re-manufactured ink and toner cartridges, as well as offering a full range of printer and copier repair, and managed print services. Cartridge World has a store, and also has a booming delivery and service business with one vehicle that serves a 25-mile radius.

As a result of deploying RouteSavvy route optimization first, and then RouteSavvy fleet tracking, Cartridge World is saving its managers roughly 15 hours per month, and achieving greater flexibility in serving customers who need emergency deliveries or printer repair services.

After that, the Cartridge World team researched affordable route optimization software tools and found RouteSavvy. “With free maps, there’s a lot of manual work. With RouteSavvy, we specify the stops for the day, hit the ‘optimize’ button once, review the route, easily re-arrange stops if needed, and we’re off to the races,” said Park. “The efficiency we got from RouteSavvy is completely worth the modest cost.” 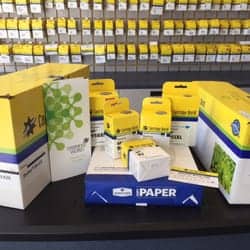 By saving 45 minutes each workday, Cartridge World route planners are saving about a half day of time each week, or close to 2 full days of time each month.

RouteSavvy also saves on fuel costs because of more efficient routing. But the time savings for Cartridge World managers has had a huge and positive impact on company operations.

“RouteSavvy saves us so much time. By making the route planning easier and faster, store managers & workers can spend more time on pulling products and helping customers who visit the store,” said Park. 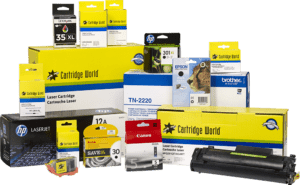 First, office staff are saving even more time and customers are happier because they can call the store and ask about the status of their delivery. Instead of having to put the customer on hold and call the driver, Cartridge World staff working in the store can jump onto the RouteSavvy Fleet Tracking app, see where the delivery vehicle is located, and give the customer an accurate assessment of when their delivery will arrive without any delay or extra calls.

Second, drivers are more efficient and accountable. “RouteSavvy Fleet Tracker has generated more efficiency from the drivers. They do their job better because they know the vehicle is being tracked. The savings from that is cost you can’t put a price on but you get more efficiency out of your employees,” said Park.

Third, RouteSavvy Fleet Tracker allows Cartridge World to add extra stops in the route if needed. “During the delivery day, we have unexpected things that come up,” explained Park. “By tracking where the vehicle is, we can shoe-horn in an extra emergency stop, which is helpful if we get an emergency call that someone’s printer is down.” 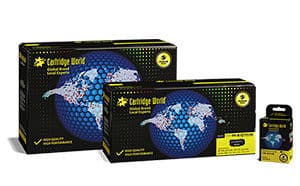 “RouteSavvy is so much easier to use and so much faster than anything else we’ve ever tried. My favorite part of RouteSavvy is that it saves us so much time. I would never go without it.”

If you need an affordable, highly functional route optimization and/or fleet tracking for your small to mid-sized fleet, try the RouteSavvy Free, 14-day Trial.